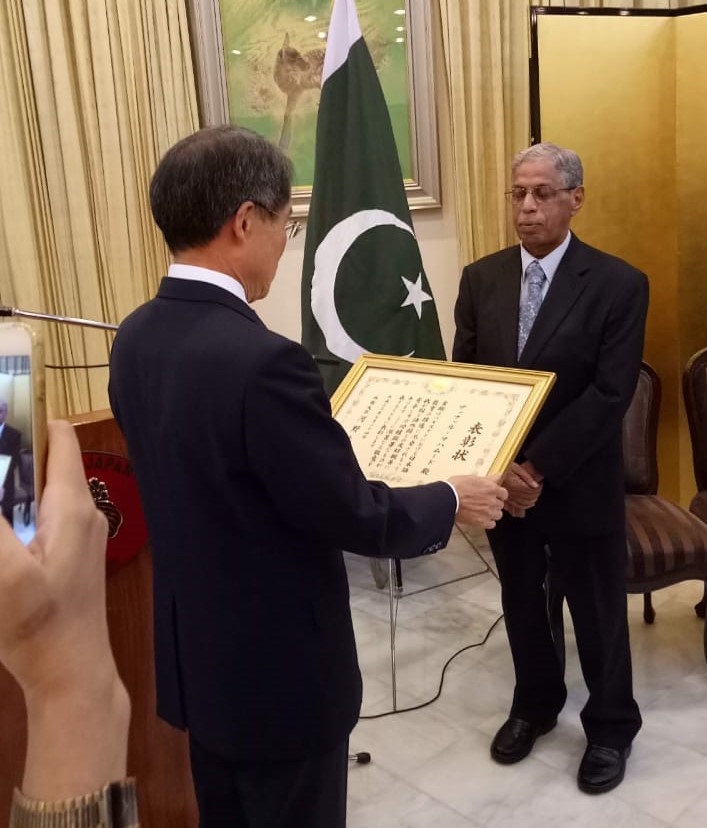 The Ministry of Foreign Affairs of Japan has awarded the Japanese Foreign Minister’s Commendations to Pakistani individual in recognition of his significant contribution to the promotion of friendly relations between Japan and Pakistan in his. Mr. Zafar Mahmood, Visiting Professor, National University of Modern Languages has been awarded for his achievements in the Promotion of Japanese Language Education in Pakistan
He continuously contributes to promote Japanese Language by launching and managing  JLCT (Japanese Language Certificate Test) in Pakistan and teaching Japanese language as a visiting Professor at NUML (National University of Modern Language). He holds Level1 of JLPT (Japanese Language Proficiency Test) which is one of the most difficult Japanese language certificates.
He has been in the executive member of MAAP (Monbukagakusho Alumni Association of Pakistan) which is the association of Pakistan alumni’s of Japanese universities. When he was President of MAAP, he showed his leadership to promote educational relationship between Japan and Pakistan. He is still active as Advisor of MAAP executive member to promote people to people exchange project between Japan and Pakistan.