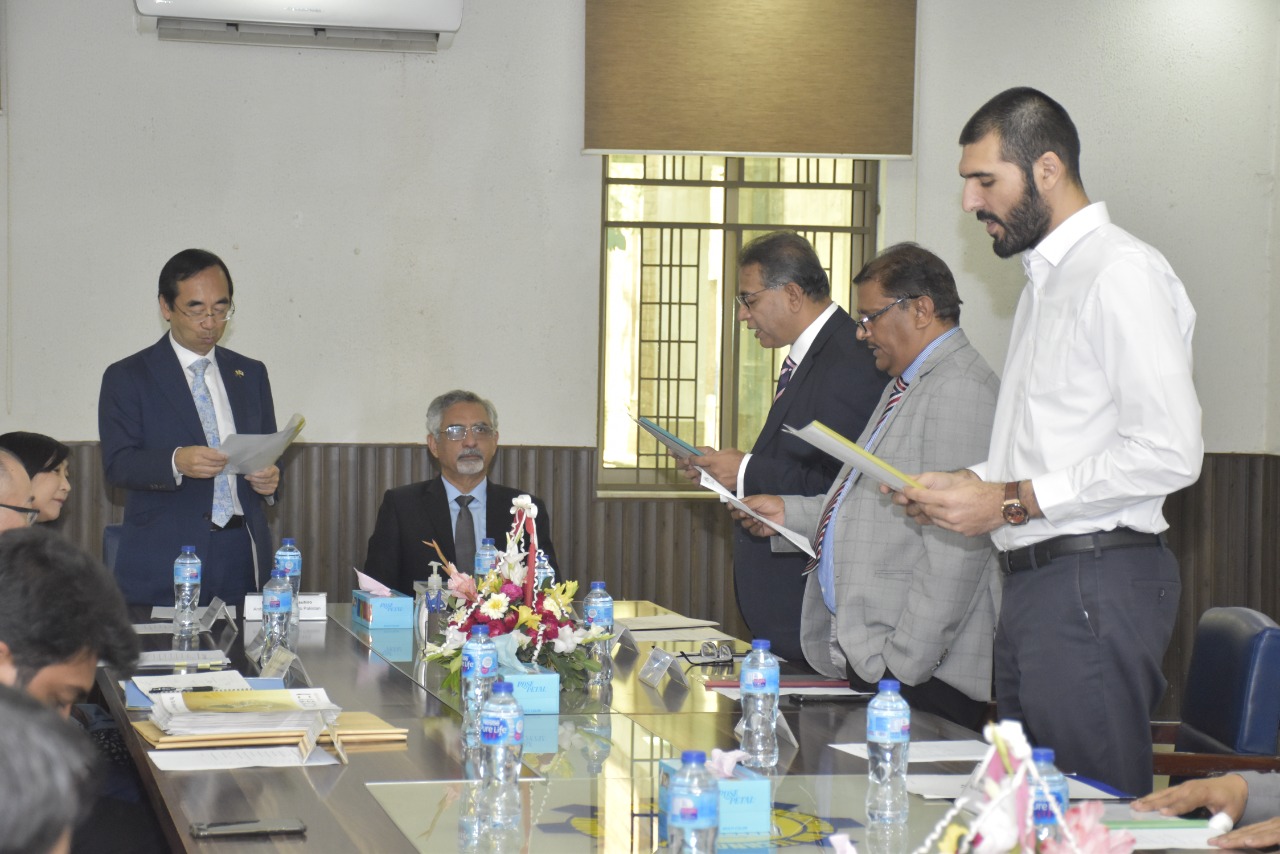 On 17th March 2022, the Ambassador of Japan H.E. WADA Mitsuhiro presented books on Japan to Vice Chancellor of University of Engineering & Technology (UET) Lahore and inaugurated a special corner of the books on Japan at the Main Library. Those books were donated under the “the Read Japan program of Nippon Foundation”. Libraries overseas are chosen to receive books each year. Those books will help the university students as well as the public to gain access to the information necessary to research and learn about Japan.

On the occasion of the visit to UET Lahore, the Ambassador took Oath from the newly elected members of the Monbukagakusho Alumni Association of Pakistan (MAAP) Lahore chapter. MAAP is an organization of the scholars, scientists, doctors and engineers who have been awarded scholarships by Japanese Government for higher studies in Japan. It was founded in 1996 in Islamabad. The objective of this organization is not only to develop communication among the Monbukagakusho scholars in Pakistan, but also to facilitate mutual understanding between our two countries.