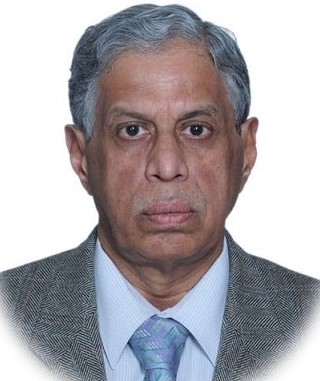 The Government of Japan announced the recipients of the 2020 Autumn Imperial Decorations, which includes Mr. Zafar Mahmood of Pakistan in recognition of his significant contribution towards further promoting friendly relations and mutual understanding between Japan and Pakistan.

Mr. Zafar Mahmood, Former President of MEXT Alumni Association of Pakistan (MAAP), visiting Professor at the Department of Japanese Language, National University of Modern Languages (NUML), will be decorated with The Order of the Rising Sun, Gold and Silver Rays, one of the highest orders awarded in the name of His Majesty the Emperor of Japan.

On November 3, the Government of Japan announced the foreign recipients of the 2020 Autumn Imperial Decorations that includes 141 foreign nationals who have made significant contributions to the promotion of relations between Japan and other countries in their respective fields.

H.E. Mr. MATSUDA Kuninori, Ambassador of Japan to Pakistan, has extended his heartfelt congratulations to Mr. Zafar for being among the foreign recipients of this year’s autumn decorations. “The conferment of Japan’s prestigious Imperial Decorations upon a Pakistani national this year is acknowledgement of the recipient’s efforts towards friendly and stronger Japan- Pakistan relations”, said the Ambassador.